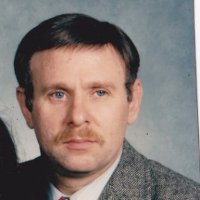 
His current research focus is on the problems of misdiagnosis commonly associated with Neuroborreliosis. His specific focus is upon the application of specific microRNAs biomarkers in the early detection of ALS, MS and Alzheimer’s Disease, Parkinson’s Disease, and the potential of these biomarkers to distinguish true forms of the aforementioned neurodegenerative diseases, from cases manifesting clinical symptoms mimicking those illnesses.


During the course of his 30 year professional career, his research interests have included such diverse areas as: Mycobacteriology and Molecular Mycobacteriology in TB and AIDS-related Non-Tuberculous Mycobacterial Pathogens, Cholera Neuraminidase, Amytrophic Lateral Sclerosis, and the application of molecular markers for early detection in Pancreatic Cancer.


Dr. Ollar had also served as the Molecular Biologist for the Pancreatic and Biliary Center at the former St. Vincent’s Hospital of New York and focused his research on the Molecular Biology of Pancreatic Cancer. He has focused upon the application of minimally invasive serum/plasma microRNA biomarkers for early detection of Pancreatic Cancer, as well as, for monitoring the efficacy of chemotherapy and surgical intervention.


Dr. Ollar serves as a visiting Professor of Microbiology in the Dept of Microbiology, as is also a Foreign Advisor for Mycobacterial and Nocardial Diseases at the Mahatma Gandhi Institute of Medical Sciences in Sevagram India.