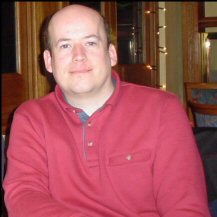 Paul Wilkins was born in Preston in 1968 though he is half Welsh, his mother coming from Bangor. He still has many relations there and is thus a frequent visitor to North Wales. He’s a member of NHS Research, and has had lots of his creative writing published in ‘United Press Ltd’, ‘Xlibris Publishers’ and quite regularly, an average 2 poems a month, in ‘The Blackpool Gazette’ local Newspaper. He has many interests including Art, Badminton, New Horizons, and Creative Writing – inclusive of Poems, Hymns/Carols, Lyrics and Affirmations. Many people have said they reckon he has better than average psychological intelligence – to be seen on the ‘emotion’ section of website index www.poetryemotion.org.uk sometimes needing to press ‘Click Here’ for access. He started his creative writing in the mid 1990s and has developed quickly despite having no signs of this when at school Aged 48, he lives in a Bungalow of his own near Preston, and has worked in the Civil Service though he has many other ambitions of his own. Paul is a hard working and experienced clerical assistant and administrator in both public and private sector organisations. Competent in reception duties, possesses a friendly and approachable manner. Works well within a team and takes pride in providing excellent customer service at all times. IT literate, good communication skills and a flair for creative writing and thinking.