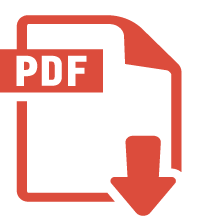 Abstract
Heart Failure is a public health problem, nowadays, since the population is longer-lived, cases have increased and a substantial increase is expected in 2030 according to the WHO. With the advent of novel therapeutic and pharmacological procedures that oxygenate long-term treatment, survival has been improved. Ventricular Resynchronization has been the method that has shown to reverse remodeling. Its technique has been improved minimizing time. Fluoroscopy, as well as the placement of the generator in a retro muscular way, as in the technique described by us.
Introduction
Recently the old population with Heart Failure, increases and probably in 2030 by who increase substantially. Resynchronization is a fine technique with good results with different modification in our technique, short canulation of coronary sinus, and retro muscular device, without major complications.
Heart failure is an entity where cardiac function fails as a pump and this requires treatment even if the patient is asymptomatic. The main signs and symptoms are dyspnea on exercise or dyspnea at rest, orthopnea, orthopnea, tachycardia, fatigue, anorexia, weight loss , nausea, distension of the neck veins, bilateral crackling rhythm of gallop, hepatojugular reflux, ascites, hepatomegaly, anasarca, central and peripheral cyanosis, classically there are major criteria and minor criteria according to the Framingham classification of heart failure major criteria: dyspnea Paroxysmal nocturnal, weight loss, venous neck distension, crackles, hepatojugular reflex, central venous pressure of 16 cm of water, cardiomegaly on chest radiography. Minor criteria night cough, dyspnea on exertion, pleural effusion to hepatomegaly, lower limb edema. There are several classifications of the American Heart Association, the American College of Cardiologists and the American Association of New York. Class I: no limitation of physical activity. Class II: slight limitation of physical activity. Classification III: marked limitation of physical activity. And Class IV; Symptoms at rest. Laboratory Tests for Heart Failure are: complete hematology, iron levels, renal function, natriuretic peptide, bnp, pro bnp, troponin, electrocardiography, radiography of the thorax, modified force test, oxygen saturation, and arterial gases. The handling of these patients, there is a non-pharmacological management that is based on oxygen, sodium and water restriction, and physical limitation.
Classical pharmacological treatment with diuretics, vasodilators, inotropic agents such as digoxin, and the new inotropic agents such as Sacubritil Neprisilin, Omercartib, anticoagulants, beta blockers, Ranolazine, and new treatments with Empaglifocin and Dapaglificine. Surgical treatments and options include revascularization, myocardial, electrophysiology, ventricular assisted circulation devices, artificial heart, heart transplant. The pharmacotherapy of these patients is to increase survival, and to avoid and prevent complications. The pathophysiology of this complex entity depending on the underlying disease, be it coronary heart disease, dilated cardiomyopathy. The most important dating mechanisms depend on the Frank and Starling mechanism in which the preload is increased to maintain cardiac output, remodeling that depends on cardiomyocytes, myocardial hypertrophy, and activation of the neurohumoral system. Activation or release of norepinephrine increases myocardial contractility and activates the renin system, angiotensin, aldosterone, kalicrein, which is the sympathetic nervous system, all of this adjusts for heart failure and hence adaptive mechanisms to maintain cardiac output. The response to this overload of the wall tension, of the ventricular wall, is myocyte hypertrophy, apoptosis, regeneration this process is called "remodeling" "and it is usually of an eccentric type, this will produce a reduction in cardiac output and a detriment to the neuro endocrine system. There are other factors such as calcium, the release of angiotensin two, and other vasoactive drugs such as tumor necrosis factor, There are approximately more than 6 and a half million people reported with heart failure in 2017, in the United States. The American Heart Association projects a 46% increase in Heart Failure patients by 2030 resulting in 8 million more. Heart Failure is a global problem and the cause in industrialized countries is Ischemic Cardiomyopathy and other causes include heart disease. Chagas, Valvular Cardiomyopathy, as previously described. The general mortality prognosis is 10.4% at 30 days, 22% at 1 year and 42.3% at 5 years. Mortality is greater than 50% in patients with functional class. Four patients with heart failure and systolic dysfunction have a mortality of 50% after five years.
With the advent of natriuretic peptides such as BNP and pro BNP, it has been possible to discern between cardiac causes and non-cardiac causes of dyspnea. There are two important pieces in the management of heart failure, such as the Natriuretic peptides electrocardiogram and the calculation of the ejection fraction by cardiac Doppler echo. The hemodynamic study is very important, above all, to provide intraventricular pressures, end-ventricular diastole pressures, pulmonary vascular resistance, peripheral vascular resistance, cardiac output. , wedge pressure. The advancement of implantable defibrillator placement that has reduced sudden death five to 10 times in patients with heart failure in the general population in. Patients with ejection fraction less than 35% have not provided substantial benefit by placing an implantable defibrillator. The approach of cardiac resynchronization or resynchronization therapy or vi-ventricular pacemaker is based on those patients who have ventricular remodeling, have QRS greater than 120 ms, left ventricular asynchronous, left ventricular dysfunction less than 30%, and the approach is to achieve a reverse remodeling and left ventricular synchronous, thus improving mitral regurgitation, diastolic dysfunction and cardiac contractility. There are multicenter studies such as the Madit-rct, where an improvement in morbidity and mortality is observed in those patients with severe heart failure. In our case study of our laboratory at the Collet Foundation with more than 100 resynchronizers, we performed a technique for rapid coronary sinus cannulation, fig with fluoroscopy time of less than 10 minutes, for placement of the LV electrode, and placement of the generator by retro muscular technique, described by us. Figure 1, 2, 3.

There are other studies such as the miracle that showed improvement of the functional class, quality of life, and ejection fraction. The Madison CERte demonstrated decreased events in heart failure risk for patients compared with defibrillator alone. The Companion study where mortality was reduced by approximately 20%. In the Care hf studies Mortality was higher due to sudden death. In conclusion, in heart failure we have had a great pharmacological advance with the new inotropic drugs depending on calcium and not depending on calcium, such as Sacubritil neprysilin, Glifocinas, omecartib activator of myosin, agents to decrease lung pressure such as macitentan, riociguat, and more recently with the new and inotropic GMP-dependent Vericiguat. We believe that these drugs together will act in reverse remodeling, asynchronous, which is required to improve the ejection fraction, and cardiac resynchronization therapy is here to stay because of its simplicity, and because it is an effective therapy in the treatment of heart failure since it improves mortality, functional class, and the fraction of ejection; and achieves inverse remodeling in selected patients.
References
Citation: Henry F Collet Camarillo., et al. “Heart Failure and Left Ventricular Resynchronization Review and Current Status”. Therapeutic Advances in Cardiology 3.1 (2020): 11-13.
Copyright: © 2020 Henry F Collet Camarillo., et al. This is an open-access article distributed under the terms of the Creative Commons Attribution License, which permits unrestricted use, distribution, and reproduction in any medium, provided the original author and source are credited.